Kreacher was an aged house-elf who served the House of Black with fanatical loyalty for most of his life, until he was left to Harry Potter upon the death of Sirius Black in 1996. He was particularly fond of his mistress” Walburga Black who died in 1985 but whose portrait still shrieks orders from the wall in the front hall of the Black house. After Mrs. Black’s death Kreacher let the home fall into disarray doing little if any cleaning.[1] He was also fiercely loyal to Regulus Black for whom he fought in the Battle of Hogwarts along with many other house-elves. He is described to have many folds of skin as well as white hairs in his ears and he is supposed to have a deep “bullfrog” voice. “

The Hot Potato Job
Buy on Amazon
Bestseller No. 3 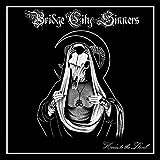 Convenience
Buy on Amazon
Bestseller No. 6 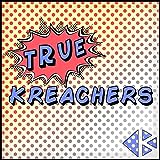 The Teacher (In Their Shoes) (Volume 1)
Buy on Amazon
Bestseller No. 9