Kimball Cho is a fictional character portrayed by Tim Kang on the American TV crime drama The Mentalist. Cho is a former agent for the California Bureau of Investigation (CBI) and is currently an FBI special agent. Cho serves as the polar opposite to Patrick Jane, but is keen to learn his powers of observation. He is portrayed as straightforward and direct, but sometimes makes witty jokes with much of the humour lying in his ability to deadpan. According to The Mentalist Code, he received his name from Dr. Richard Kimble, just as RED JOHN received his name from FRED JOHNSON, the one-armed man on The Fugitive

Encyclopedia of Head and Neck Cancer
Buy on Amazon
Bestseller No. 2

Solaris
Buy on Amazon
SaleBestseller No. 3

Planet of the Apes / Solaris
Buy on Amazon
Bestseller No. 5

The Mentalist: Season 5
Buy on Amazon
Bestseller No. 7 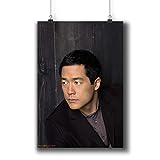 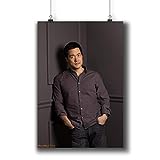 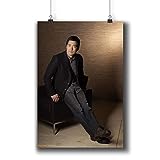