Jun Kazama ‚›?‚??‘§?) is a character from the Tekken Series who is currently labeled as missing. Jun was introduced in Tekken 2, and returned for Tekken Tag Tournament, even though this game is non-canonical. She is the mother of Jin Kazama. It was confirmed in the Tekken 6 storyline that she was attacked and killed by Ogre before Tekken 3, though many fans argue that this is only in Jin’s perspective. Ogre has some of her moves, like her Windmill Kick” move. Jin seeking to avenge his mother kills True Ogre in The King of Iron Fist Tournament 3. Jin now wants to get his second revenge by killing Ogre. “ 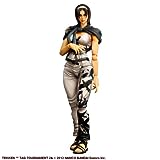 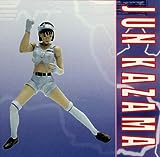