Sarcastic and mean-spirited, Johanna’s first meeting with Katniss involves her stripping out of her tree costume in order to make Katniss uncomfortable. She reveals that she has no friends or family in District 7, stating there is no one left I care about.” She won her original Hunger Games by pretending she was a weakling so no one regarded her as a threat but Katniss describes her as being a “vicious killer.” Portrayed by Jena Malone. “

EmigrANTs (When in Rome Book 1)
Buy on Amazon
Bestseller No. 3

Cuffed (The Untouchables MC Book 1)
Buy on Amazon
Bestseller No. 4 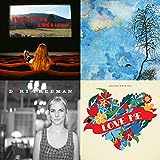 Bent
Buy on Amazon
SaleBestseller No. 7