Joe Morelli is Stephanie’s on/off boyfriend, a former bad boy turned vice cop. He is also known as Officer Hottie or the Italian Stallion. Her history with Morelli started with a choo choo” incident when she was 6. At 16 Stephanie lost her virginity to Morelli in the Tasty Pastry shop behind the ??clair stand after which he never called (but left quite a few flattering messages in bathroom and stadium walls around town). Three years later she saw Morelli and ran over him in a Buick breaking his leg. In One for the Money Morelli was suspected of murder and was her 1st FTA and Stephanie chased him around town much to his annoyance. Eventually she turns him in and clears his name. At various times both Stephanie and Morelli have seriously considered marriage but never at the same time since they both know they’re not ready for commitment. They live together in the house he inherited from his Aunt Rose. In the movie One for the Money Joe Morelli will be played by Jason O’Mara. “

The Thin Man by Dashiell Hammett : First Anniverasry Performance of a Classic Radio Drama From 1936 on June 16, 2006 by the Midnight Mystery Players
Buy on Amazon
Bestseller No. 2 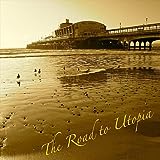 The Road to Utopia
Buy on Amazon
Bestseller No. 3 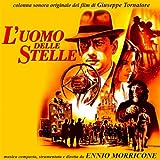 One For The Money
Buy on Amazon
SaleBestseller No. 5 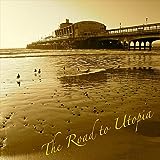 Do You Remember You?
Buy on Amazon
Bestseller No. 9

My Friend the Robot (Instrumental)
Buy on Amazon