Jabba the Hutt is a fictional character in George Lucas’s space opera saga Star Wars. He made his first appearance during the first film, A New Hope, where he was introduced as an evil gangster seeking money from Han Solo after he helped him hide some illegal cargo. An odious mass of greasy, insect ridden flesh with a sadistic love of torture, Jabba served as a minor antagonist throughout the initial series, where he was shown abusing his many cohorts, putting a bounty on Solo’s head, attempting to kill Luke Skywalker and kidnapping Princess Leia for use as a sex slave. 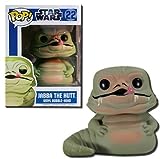 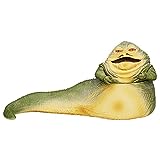 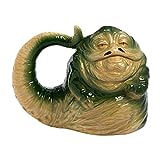 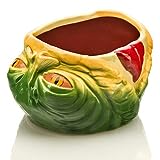