Holly Jeanette Holly J.” Sinclair is a graduate of Degrassi Community School and was valedictorian of the class of 2011. After graduating she will be attending Yale Universitywith Declan Coyne. When she first transferred over from Lakehurst Secondary School she was only known as the younger sister of Heather Sinclair. Holly J. gained her reputation from Heather and used to be the former mean girl of the school but is now a far kinder and popular person. The former student council president and Power Squad captain Holly J. is shown to be an overachiever sometimes seems to overwork herself trying to reach the best of her ability. She was best friends with Fiona Coyne and Anya MacPherson and was friends with Chantay Black Spinner Mason and Jane Vaughn. “

Arrowhead
Buy on Amazon
Bestseller No. 3

What Women Want
Buy on Amazon
Bestseller No. 4 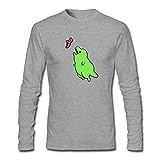