Hazel Williams is a character in The CW’s drama series Gossip Girl.A member of Blair’s clique until she was dethroned as queen bee; constantly shifts her allegiance between Blair and Jenny. Jenny steals her mother’s Valentino dress during Jenny’s birthday. She forgives her right after Jenny impresses Blair’s clique by bringing Nate during their dinner at Butter. Like Penelope, she gives Jenny the benefit of the doubt when Jenny lies about having sex with Asher, eventually breaking her friendship with Jenny. Along with Penelope, she succeeds in publicly humiliating Vanessa at the Snowflake Ball.

Fall of Poppies: Stories of Love and the Great War
Buy on Amazon
Bestseller No. 3 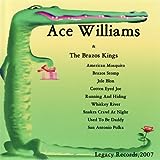 The Feminine Touch
Buy on Amazon
Bestseller No. 5

Housesitter
Buy on Amazon
Bestseller No. 7 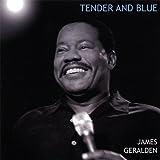 Hazel's Hips (Bring the Tips)
Buy on Amazon
Bestseller No. 10