Krysten Ritter portrays Gia Goodman, the daughter of the influential Neptune citizen and professional baseball team owner Woody Goodman, and a student at Neptune High. Gia starts attending Neptune High after she transfers from a private boarding school. She attends the class field trip to Shark Field and meets Dick Casablancas, his brother Cassidy, Duncan Kane and Veronica for the first time. Gia rides the school bus on the way to the stadium, however she opts to ride in Dick Casablancas’ limo with the other 09ers” on the way back. The bus crashes and all of the passengers die except for Meg Manning. Later in the year Gia invites Veronica to her slumber party. Veronica attends however she has an ulterior motive and is investigating families that Meg babysat for. When Gia is sent footage of herself at her brother’s soccer game she hires Veronica to find the sender. Gia and Veronica’s friendship is broken when a feud erupts between their fathers she fires Veronica from the case. “

The Saint
Buy on Amazon
Bestseller No. 2

Heidi Fleiss: The Would-Be Madam of Crystal
Buy on Amazon
SaleBestseller No. 3 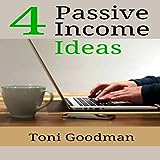 The Ruling Class Of Judaea: The Origins Of The Jewish Revolt Against Rome - A. D
Buy on Amazon
Bestseller No. 8