The Dictator is a 2012 comedy film co-written by and starring Sacha Baron Cohen as his fourth feature film in a leading role. The film is directed by Larry Charles, who previously directed Baron Cohen’s mockumentaries Borat and Br?¬no. Cohen, in the role of Admiral General Aladeen, the dictator of the fictional Republic of Wadiya visiting the United States, stars alongside Anna Faris and Ben Kingsley. 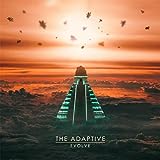