FBI Special Agent Fox William Mulder is a fictional character and protagonist in the American Fox television shows The X-Files and The Lone Gunmen, two science fiction shows about a government conspiracy to hide or deny the truth of Alien existence. With his FBI partner Dana Scully, he works in the X-Files office, which is concerned with cases with particularly mysterious or possibly paranormal circumstances that were left unsolved and shelved by the FBI. Portrayed by American actor David Duchovny, Mulder was a main character for the first seven seasons but was limited to a recurring character for the last two seasons due to the fact that portraying actor Duchovny wanted to move on. 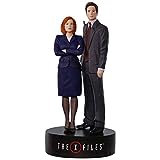 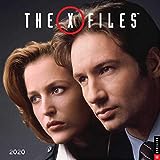 The X-Files 2020 Wall Calendar
Buy on Amazon
SaleBestseller No. 8

The X-Files: Earth Children Are Weird: A Picture Book (Pop Classics)
Buy on Amazon
Bestseller No. 10 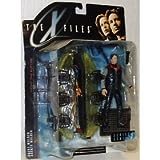