Fin McCloud is one of the six main characters on Stoked. She is fiercely independent and girlishly feminine, but also fun-loving and laid-back. She never backs down from a challenge and uses surf lingo on a regular basis. Fin has won first place in the Junior Surfing Competition three years in a row, and is ranked #56 in the world. Initially she was supposed to be the surf instructor at Surfer’s Paradise, but Reef got the job instead and she was given a position in housekeeping. 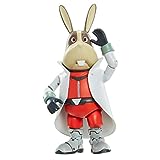 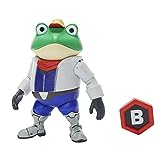