Faith is a fictional character created by Joss Whedon for the television series Buffy the Vampire Slayer. Played by actress Eliza Dushku, Faith was introduced in the third season of Buffy the Vampire Slayer and was a focus of that season’s overarching plot. She returned for shorter story arcs on Buffy and its spin-off, Angel. The character’s story is continued in the comic book series Buffy the Vampire Slayer Season Eight, and she also appears in apocryphal material such as other comic books and novels. Faith was set to receive her own spin-off television series after the final season of Buffy, but Eliza Dushku declined the offer, and the series was never made. Seven years after the character’s creation, Whedon granted her the surname Lehane for a role-playing game and subsequent material.

Touched
Buy on Amazon
SaleBestseller No. 3 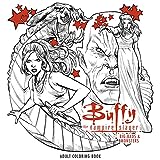 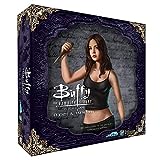 Buffy The Vampire Slayer: Friends and Frenemies Expansion
Buy on Amazon
SaleBestseller No. 10