Evan Lewis (portrayed by David Paetkau) is a character Final Destination 2 and a survivor of the Route 23 pileup. After Kim saw the premonition, she blocked traffic (and Lewis) and stopped them from getting on the road. Lewis got out of his car to try and get Kimberly to move, but Officer Burke told him to go sit back in his car. Suddenly, the crash happened just like Kim predicted, killing 18 people. Lewis was interrogated at a police station and later went home to his apartment. Evan is the first survivor of the pile-up to die.

The Welsh Revival & The Story of The Welsh Revival: As Told by Eyewitnesses Together With a Sketch of Evan Roberts and His Message to The World
Buy on Amazon
Bestseller No. 2

The Collected Works of Jessie Penn-Lewis - Seven books in one
Buy on Amazon
Bestseller No. 4

Mousehunt
Buy on Amazon
Bestseller No. 5 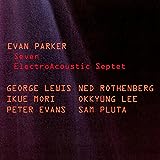 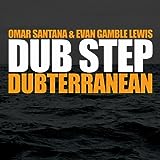