Edie Williams (previously Britt, McLain, Roswell) is a fictional character portrayed by Nicollette Sheridan in the American television series Desperate Housewives. The series revolves around several housewives who live on the fictional Wisteria Lane, a suburbia. Edie Britt was introduced in the premiere of the series as an adulterous housewife, who has had many relationships with other women’s husbands. 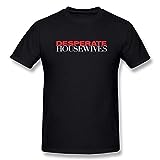