Donald Duck is a cartoon character from The Walt Disney Company. Donald is a white anthropomorphic duck with a yellow-orange bill, legs, and feet. He usually wears a sailor shirt, cap, and a red or black bowtie, but no pants (except when he goes swimming). Donald’s most famous trait is his easily provoked and occasionally explosive temper. 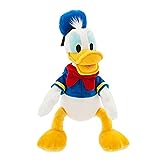 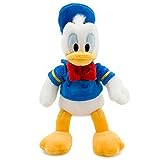 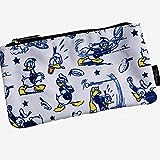