Dimitri Belikov (b. April – December) is a dhampir and the second child and only son of an abusive Moroi father and Olena Belikova. He is the younger brother of Karolina Belikova and older brother to Sonya and Viktoria Belikova. He is a famous Guardian, guarding later Lord Christian Ozera, before guarding Ivan Zeklos and Princess (now Queen) Lissa Dragomir. 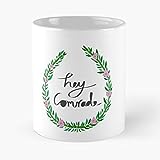