David Silver is a fictional character from the Beverly Hills, 90210 franchise, introduced in the first series. He was portrayed by Brian Austin Green. David is the stepbrother of Kelly Taylorƒ??becoming so after his father married her motherƒ??and is also the youngest of the group of friends. During high school David is one year behind the rest of the group as he is one year younger; he later catches up to them academically by taking a double course load that allows him to graduate with the class of 1993. He then enrolls at California University with the rest of the core group and graduates in 1997.

Cash in on Cash Flow: 50 Tough-as-Nails Ideas for Revitalizing Your Business
Buy on Amazon
SaleBestseller No. 3

Old MacDonald Had a Farm (Teddy Bear Sing Along)
Buy on Amazon
SaleBestseller No. 5

Troy: Fall of Kings (The Troy Trilogy)
Buy on Amazon
Bestseller No. 9 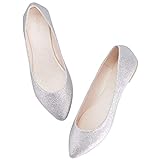