Dave can be critical of people and expect little of them. He is a logical thinker, though uptight, and his intense fear of germs contributes to him not being the most useful asset during physical challenges. Dave is easily frustrated by his team mates, believing them (with the exception of Sky) to be crazy. Despite his pessimism, he is a kindhearted guy who can be considerate of other people’s feelings. His love for Sky has made him prone to intense fear of being separated or turned down by her, to the point where he slips into insanity. Dave has a tendency to be easily motivated or depressed when it comes to competition, and has stated that he hardly had any desire to win or have a plan for the prize money. He will reject reality if it does not suit him, such as when Sky rejects him and can be vindictive when betrayed, as seen in Lies, Cries, and One Big Prize.

The American President
Buy on Amazon
Bestseller No. 3

The American President / Dave
Buy on Amazon
Bestseller No. 5

Just Getting Started
Buy on Amazon
Bestseller No. 6

No Quarter
Buy on Amazon
Bestseller No. 10 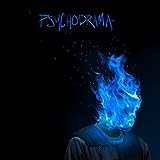