Darth Vader is a fictional character in George Lucas’ science fiction saga Star Wars and was the primary antagonist for most of the series. In the original movie trilogy, the character is depicted as a formidable Dark Lord of the Sith and the brutal head enforcer of the Galactic Empire’s rule across the galaxy. He serves as the Sith apprentice of Emperor Palpatine (Ian McDiarmid), using the dark side of the Force to mercilessly pursue the Jedi and the Rebel Alliance to the ends of the galaxy. The prequel trilogy recounts the heroic rise and tragic fall of Darth Vader’s former self, Anakin Skywalker (Hayden Christensen). In the original movie trilogy, Darth Vader was portrayed by bodybuilder David Prowse and a series of stunt doubles, most notably Bob Anderson, while he was voiced by actor James Earl Jones. A middle-aged Anakin was portrayed by Sebastian Shaw at the end of Star Wars Episode VI: Return of the Jedi. 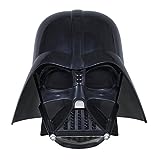 Star Wars Are You Scared, Darth Vader?
Buy on Amazon
SaleBestseller No. 4 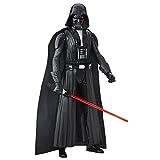 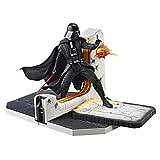 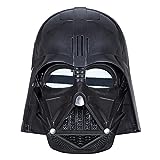 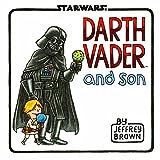 Darth Vader and Son
Buy on Amazon
SaleBestseller No. 10