Dale or Dale Horvath is a fictional character from the comic book series The Walking Dead and is portrayed by Jeffrey DeMunn in the American television series of the same name. The character’s death in the latter half of the second season of the show marks a significant departure from the comics, where Dale survived much longer. In both media, he is shown to be the wisest member of the survivor group, as well as its primary moral center. 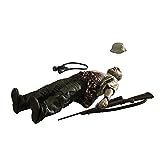 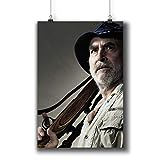