Sharon’s other best friend who plays the show’s stereotypical geek. He lives in her neighbourhood and treats Josh as a surrogate little brother, who Josh can come to if he’s having a problem his family can’t help him with. Connor has been Sharon’s neighbour and friends since they were babies. At the beginning of the series, Connor starts to date a new girl in Elkford named Tally at first he was scared, but they became a couple, for most of the first season , Then towards the end of the first season they broke-up It is never mentioned if they remained, friends afterwards but Tally is shown in later episodes though. Connor and Sharon have a lot of things in common, such as hanging out at Life Cycles the smoothie shop, in Elkford and going to the movies. Connor has severe allergies, and is allergic to almost everything. 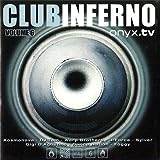 According to Jim: Season 4
Buy on Amazon
Bestseller No. 6

Forever My Love (The Forever Series Book 4)
Buy on Amazon
Bestseller No. 7