Cody is a flirtatious tech expert with a sugar addiction. He joined the show primarily to be with the cool” kids his own kind or so he thinks. His self-named “manly charms” and “smooth moves” are famously not so smooth failing him around the other contestants such as Trent. Cody’s usual tactic of getting women involves him using pick-up lines that sound irresistible to him but irritating to everyone else. Most of the girls he flirts with usually end up annoyed or amused. Despite the act Cody seems to be aware that it’s actually a fa??ade and that he isn’t the Casanova he desires to be. He admits in a season three confessional that the most success he usually has with girls is getting to buy them soda and listen to their problems. It is highly suggested through Cody’s huge crush on Gwen that once he becomes truly interested in someone he will be loyal and will do whatever it takes to make her happy – even give her up to another guy. “

Cody and the Mysteries of the Universe
Buy on Amazon
Bestseller No. 6

Cody the Robosapien
Buy on Amazon
Bestseller No. 9 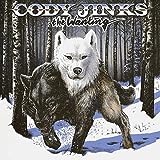 The Wanting
Buy on Amazon