Chancellor Palpatine is a fictional character and the main antagonist of the Star Wars saga. He is firs seen in Star Wars Episode I: The Phantom Menace, portrayed by Ian McDiarmid in the feature films. 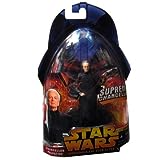 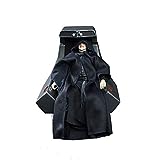 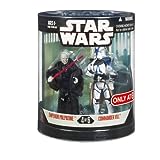