Cedric Diggory (1977 – June 24, 1995) was the son of Amos Diggory and his wife. He started attending Hogwarts School of Witchcraft and Wizardry in 1989, and was sorted into Hufflepuff. During his time at the school, he was a Prefect, and captained the Hufflepuff Quidditch team, playing as Seeker. In his sixth year, Cedric put his name forward to compete in the Triwizard Tournament. He was selected as the Hogwarts Triwizard Champion, and, although overshadowed in the press by the entry of Harry Potter, Cedric enjoyed almost overwhelming support from the student body, and, after the first two tasks, tied with Harry for first place. Cedric and Harry completed the Third Task together, and both took hold of the Triwizard Cup which transported them to the Little Hangleton graveyard. In the graveyard, Cedric was murdered by Peter Pettigrew on the orders of Lord Voldemort. 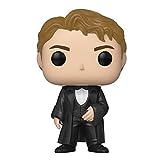 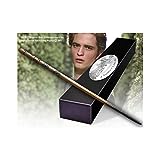 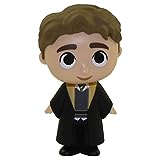 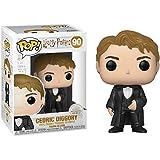 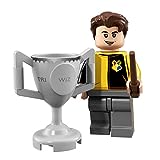