Wesley Trent Snipes (born July 31, 1962) is an American actor, film producer and martial artist. He has starred in action-adventures, thrillers, and dramatic feature films but is best known for his role as Blade in the Blade trilogy. In 1991, the actor formed a production company called Amen Ra Films and a subsidiary, Black Dot Media, to develop projects for film and television. Snipes has been training in martial arts since age twelve, earning the rank of fifth dan black belt in Shotokan Karate. He has also trained as a student of Capoeira under Mestre Jelon Vieira and in a number of other disciplines including various styles of Kung Fu.

America Has Fallen
Buy on Amazon
Bestseller No. 5

The Recall
Buy on Amazon
SaleBestseller No. 6 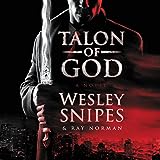 Talon of God
Buy on Amazon
SaleBestseller No. 7

King of New York
Buy on Amazon
Bestseller No. 10