Terry Paxton Bradshaw. Born September 2, 1948 in Shreveport, Louisiana, USA. Tall, charismatic ex-star quarterback for the NFL’s Pittsburgh Steelers football team. During the 1970s, Bradshaw led the Steelers to four Super Bowl wins over six seasons, and was noted Super Bowl MVP on two occasions. After retiring in 1983, he became a key media commentator on NFL football, and has worked for both the CBS and FOX networks. 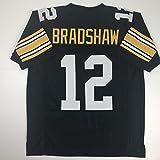 Keep It Simple
Buy on Amazon
Bestseller No. 3

It's Only a Game
Buy on Amazon
Bestseller No. 5 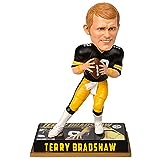 Failure to Launch
Buy on Amazon
SaleBestseller No. 7 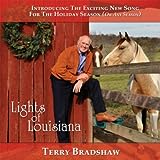 Lights of Louisiana
Buy on Amazon
SaleBestseller No. 9