Terrence Dashon Howard (born March 11, 1969) is an Academy Award-nominated American film and stage actor. Having appeared in film and on television since the late 1980s, Howard had his first major role in the 1995 film Mr. Holland’s Opus, which subsequently led to a number of roles in films and high visibility among African-American audiences. Howard broke into the mainstream with a succession of well-reviewed television and film roles between 2004 and 2006, among them Ray, Lackawanna Blues, Crash, Four Brothers, Hustle & Flow, Get Rich or Die Tryin’, and Idlewild.

Pride
Buy on Amazon
SaleBestseller No. 5 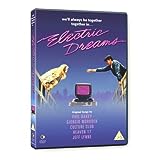 Dead Man Down
Buy on Amazon
Bestseller No. 7

Ghost of New Orleans
Buy on Amazon
Bestseller No. 8

Do Mail Robots Dream of Electric Sheep?
Buy on Amazon