Stéphane Rousseau (born September 17, 1966) is a Québécois actor and comedian. He starred in the Academy Award winning film The Barbarian Invasions (“Les invasions barbares”). He has also been in Asterix at the Olympic Games (2008). His latest movies is the French comedy Fatal, a Zoolander-type spoof of the music industry focusing on the character Fatal Bazooka created by Michaël Youn.

One Man Show
Buy on Amazon
Bestseller No. 3

Daguerrotype
Buy on Amazon
Bestseller No. 5

The Barbarian Invasions [DVD + Digital]
Buy on Amazon
SaleBestseller No. 6 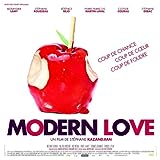