Sid Owen (born David Sutton on 12 January 1972) is an English actor, television presenter and former singer, most famous for playing the role of Ricky Butcher in the BBC One soap opera EastEnders, which he appeared in from 1988 until 2012. On 22 July 2012 Owen confirmed he had retired from acting. On 10 September 2012, it was announced that Owen would be a contestant for the tenth series of Strictly Come Dancing. 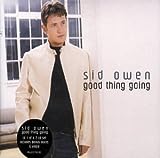 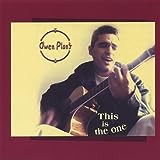 The Official Carry On Facts, Figures & Statistics
Buy on Amazon
Bestseller No. 7

Return of the Four Constellations
Buy on Amazon
SaleBestseller No. 8

Life on a Plate: The Journey of an Unlikely Chef
Buy on Amazon
Bestseller No. 9