Sébastien Foucan (born 24 May 1974; Paris, France) is a French actor of Guadeloupean descent. He is one of the founders of parkour. He founded the art form along with his friends including David Belle. He has been influenced by the art of parkour and is generally considered to be a “second generation” founder of parkour along with David Belle. He is well known as an ambassador for parkour to many countries and is generally considered to represent parkour. Well known for his views on the philosophy behind parkour, he also stresses the need for proper training in the basics of free running, not only for safety, but also to maintain the positive appearance of the activity in the public eye.

Freerunning: Find Your Way
Buy on Amazon
SaleBestseller No. 2

The Tournament
Buy on Amazon
Bestseller No. 3

Free Running: The Urban Landscape is Your Playground
Buy on Amazon
Bestseller No. 5 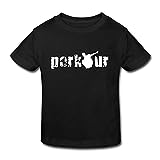 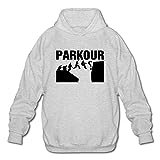