Sean Tucker was born February 23, 1973 in Barrie, Ontario, Canada . He spent his early years in the small town of Simcoe before attending high school in Belleville,Ontario. He is a graduate of the University of Ottawa Department of Theatre and received his screen training at A.C.T. (Acting for Cinema & Television). He is the founder and managing director of the New Ottawa Repertory Theatre (N.O.R.T.). He has appeared in various critically acclaimed plays, including, Pokey, On Any Monday Night, Strong Man’s Weak Child and North Shore Fish. Sean made his feature film debut in George Clooney’s Confessions of a Dangerous Mind (2003). He has recently been seen in various film and television projects and has three films currently in post production, The Last Sign (2004), Hacks (2004) and Guy X (2005).

Ship of Fools: How a Selfish Ruling Class Is Bringing America to the Brink of Revolution
Buy on Amazon
Bestseller No. 2

Leave it to Beavers
Buy on Amazon
Bestseller No. 4

The Gutfeld Monologues: Classic Rants from the Five
Buy on Amazon
Bestseller No. 5

John Tucker Must Die
Buy on Amazon
SaleBestseller No. 6

Foxocracy: Inside the Network's Playbook of Tribal Warfare
Buy on Amazon
Bestseller No. 7 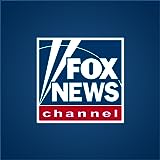 Liars, Leakers, and Liberals: The Case Against the Anti-Trump Conspiracy
Buy on Amazon
Bestseller No. 9