Robert Bathurst (born 22 February 1957) is an English actor, he made his professional stage debut in 1983, playing Tim Allgood in Michael Frayn’s Noises Off, which ran for a year at the Savoy Theatre. To broaden his knowledge of working on stage, he joined the National Theatre. He supplemented his stage roles in the 1980s with television roles, appearing in comedies such as the aborted pilot episode of Blackadder, The Lenny Henry Show, and the first episode of Red Dwarf. In 1991, he won his first major television role playing Mark Taylor in Steven Moffat’s semi-autobiographical BBC sitcom Joking Apart. Although only thirteen episodes were made between 1991 and 1995, the role remains Bathurst’s favourite of his whole career. After Joking Apart concluded, he was cast as pompous management consultant David Marsden in the ITV comedy drama Cold Feet, which ran for five series from 1998 to 2003. He also appears in Downton Abbey TV series as Sir Anthony Strallan. 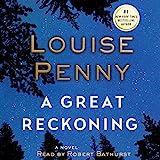 A Great Reckoning: A Novel
Buy on Amazon
Bestseller No. 2

Episode 4
Buy on Amazon
Bestseller No. 3

Episode 1
Buy on Amazon
SaleBestseller No. 4 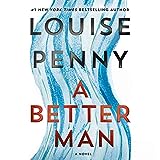 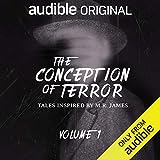 The Conception of Terror: Tales Inspired by M. R. James - Volume 1: An Audible Original Drama
Buy on Amazon
SaleBestseller No. 6 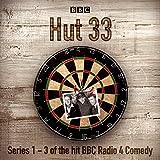 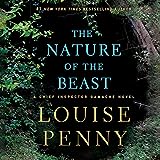 The Nature of the Beast: A Chief Inspector Gamache Novel
Buy on Amazon
Bestseller No. 8

Episode 3
Buy on Amazon
Bestseller No. 9

Understanding the Soviet Navy: A Handbook
Buy on Amazon
Bestseller No. 10 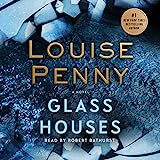