Patrick Gallagher (born February 21, 1968) is a Canadian actor. Best known for his role as Chow on True Blood. Patrick Gallagher grew up in Chilliwack, British Columbia, Canada, and, in 1993, graduated from the National Theatre School of Canada. He began his career in Toronto working in the theater, in film and on television. He is a big supporter of the independent film scene, and has played numerous roles in projects by emerging filmmakers. He currently resides in Los Angeles, and is a dual US/Canadian citizen. 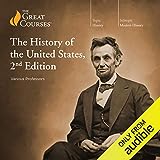 The History of the United States, 2nd Edition
Buy on Amazon
Bestseller No. 2

Loch Ness: From Out of the Depths: Original Newspaper Accounts of the Rise of the Loch Ness Monster - 1933-1934
Buy on Amazon
Bestseller No. 7

The Life of David Gale
Buy on Amazon
Bestseller No. 9

War and Revolution in Catalonia, 1936-1939 (Historical Materialism)
Buy on Amazon