Jason Isaacs (born 6 June 1963) is a British actor born in Liverpool, England, who is known for his performances as villain Lucius Malfoy in the Harry Potter films, the brutal Colonel William Tavington in The Patriot, and as lifelong criminal Michael Caffee in the internationally-broadcast American television series Brotherhood. Though most of his work has been in film and television, it also includes stage performances; most notably, as the ambivalent gay lawyer Louis Ironson in Declan Donnellan’s 1992 and 1993 Royal National Theatre London premières of Parts One (Millennium Approaches) and Two (Perestroika) of Tony Kushner’s Pulitzer Prize-winning play Angels in America: A Gay Fantasia on National Themes, and as Ben, one of two hitmen, playing opposite Lee Evans as Gus, in Harry Burton’s 2007 critically-acclaimed 50th-anniversary revival of Nobel Laureate Harold Pinter’s 1957 two-hander The Dumb Waiter at Trafalgar Studios.

Through the Clouds
Buy on Amazon
Bestseller No. 2

Skeletons
Buy on Amazon
SaleBestseller No. 6 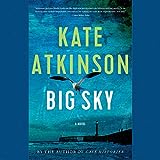 Episode 1
Buy on Amazon
Bestseller No. 9

Annihilation
Buy on Amazon
Bestseller No. 10

After the Fall
Buy on Amazon