Jackson Douglas (born Douglas Jackson in 1969) is best known for his role as Jackson Belleville in the television series Gilmore Girls, for which he’s also directed the Season 5 episode To Live and Let Diorama and Season 6 episode Welcome to the Dollhouse. He also wrote and directed the movie short Brown Eyed Girl. 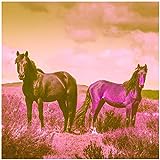