Evan Seinfeld (born December 29, 1967) is an American musician and adult film actor, as well as a director, photographer, writer, and vocalist. He is best known for playing bass guitar and serving as vocalist for the hardcore heavy metal band Biohazard, and as the ex-husband of pornographic actress, Tera Patrick, with whom he has performed in adult films. The couple announced their split on September 30, 2009, but they will remain business partners. He currently plays with the Spyderz. Previously, he had performed with Biohazard and Damnocracy. In October, 2008, he joined the band Tattooed Millionaires, as bass player.

Mr. Monk and the Candidate
Buy on Amazon
Bestseller No. 2 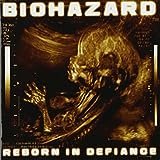 Reborn in Defiance
Buy on Amazon
Bestseller No. 4

Kiss Me Again
Buy on Amazon
Bestseller No. 6

Porndogs: The Adventures of Sadie
Buy on Amazon
Bestseller No. 9

Whatever Works
Buy on Amazon