than Cutkosky started acting at four years old in commercials and advertising campaigns. His first film break came at age seven when he appeared in Fred Clause, opposite Vince Vaughn. A year later, Cutkosky landed a major role in the horror film The Unborn with Gary Oldman. Playing “Carl Gallagher” in SHAMELESS is a perfect role for him, except that he is an animal lover in real life. He has a black cat named Bear, two anoles, a fire bellied toad and a crested gecko he calls “Colby.” Cutkosky lives in Chicago and is a second degree black belt in Taekwondo. 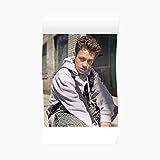 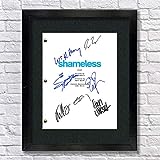