Dimitri Leonidas (born 14 November 1987) is a British actor, and has been acting since he was a child. For most of his childhood career including the years he was in the BBC television series Grange Hill, where he was credited as Shane Leonidas. From 2008 he started going by his birthname Dimitri Leonidas. Dimitri comes from a family of four. He has three sisters, Helena , Stephanie and Georgina. Both Stephanie and Georgina are actresses but Helena works as a teacher. His younger sister Georgina played Katie Bell in the film Harry Potter and the Half-Blood Prince. Dimitri and his family are of Greek Cypriot descent. He currently lives in Wembly. His current girlfriend is Vanessa Austin-Olsen from Hampshire, they have been together for 6 months and are said too be very happy together.Dimitri supposedly proposed too Vanessa on valentine’s day 2010 but these reports have yet to be confirmed.

The God Complex
Buy on Amazon
Bestseller No. 2 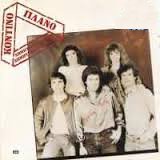 The Monuments Men
Buy on Amazon
Bestseller No. 6

Animals
Buy on Amazon
Bestseller No. 8

The Monuments Men (4K UHD)
Buy on Amazon
SaleBestseller No. 9

Will You Marry Me?
Buy on Amazon