Daniel Yin-Cho Wu (simplified Chinese: 吴彦祖; traditional Chinese: 吳彥祖; pinyin: Wú Yànzǔ; jyutping: Ng Yin Jou) (born 30 September 1974) is a Hong Kong actor, director and producer. Since his film debut in 1998, he has been featured in over 40 films. Wu has been called “the young Andy Lau,” and is known as a “flexible and distinctive” leading actor in the Chinese-language film industry.

Lara Croft Tomb Raider: The Cradle of Life
Buy on Amazon
Bestseller No. 3 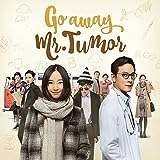