Cory Allan Michael Monteith (May 11, 1982 – July 13, 2013) was a Canadian actor and musician, known for his role as Finn Hudson on the Fox television series Glee. Born in Calgary, Alberta, Canada, and raised in Victoria, British Columbia, Canada, Monteith had a troubled adolescence involving substance abuse from age 12, and he left school at 16. After an intervention by family and friends, he entered drug rehabilitation at age 19, and began rebuilding his life.

As an actor based in Vancouver, he had minor roles on such television series as Stargate Atlantis and Smallville before an audition tape of him singing “Can’t Fight This Feeling” helped to land him the biggest role of his career, Finn on Glee. This introduced him to an international audience as a high school quarterback who is at first reluctant to join the high school singing club. In later seasons, the character had graduated but returned as a singing coach.

All The Wrong Reasons
Buy on Amazon
Bestseller No. 2

The Perfect Age Of Rock 'N' Roll
Buy on Amazon
Bestseller No. 4 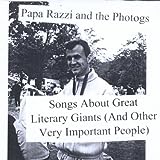 The Colony
Buy on Amazon
Bestseller No. 6

Sisters and Brothers
Buy on Amazon
Bestseller No. 8

The Boy Next Door
Buy on Amazon
Bestseller No. 9