Chandler Riggs (born June 27, 1999 Atlanta, Georgia) is an American actor, best known for his role as Carl Grimes in the AMC television series The Walking Dead based on the comic book series of the same name. Riggs was cast in the series in June 2010, shortly before his eleventh birthday. He is a native of Atlanta, Georgia.

MERCY
Buy on Amazon
SaleBestseller No. 3 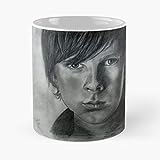 Mercy
Buy on Amazon
Bestseller No. 6 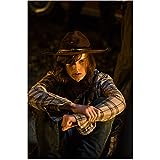 The Walking Dead Chandler Riggs as Carl sitting with arms around knees 8 x 10 Inch Photo
Buy on Amazon
Bestseller No. 9