Bryton Eric McClure (born August 17, 1986) is an American actor and singer, also credited as Bryton and Bryton James. He is best known for his childhood role as Richie Crawford on the ABC/CBS sitcom Family Matters, and his current role as Devon Hamilton on the CBS soap opera The Young and the Restless. Bryton was born to an African American musician father and a white mother. 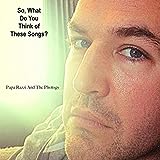 In Their Own Words: The Tuskegee Airmen
Buy on Amazon
Bestseller No. 4

The Spy's Engagement: A Pride and Prejudice Novel Variation
Buy on Amazon
Bestseller No. 5

LEGO Hero Factory: Rise of the Rookies
Buy on Amazon
Bestseller No. 6

The Intruders
Buy on Amazon