Lars Björn Gustafsson (born in Romelanda on 19 February 1986) is a Swedish comedian and actor. Björn was born in Romelanda, Sweden. He is known from TV-shows such as Parlamentet and Stockholm Live. Björn studied at the Calle Flygares Theater School in Stockholm to become an actor.He has among other things been in the Swedish movie Beck – Flickan i jordkällaren. But before his debut as an actor, he had already debuted in 2005 as a stand-up comedian at Bungy Comedy, a Swedish club for stand-up beginners. In 2006 he enrolled at Standup Star, a stand-up school, where among others, Özz Nûjen and Jakob Öqvist, two of the most well-known comedians in Sweden, have attended.

Poverty and Low Income in the Nordic Countries (Routledge Revivals)
Buy on Amazon
SaleBestseller No. 2

The Wife
Buy on Amazon
SaleBestseller No. 4 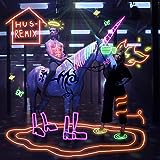 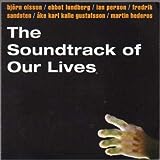 Inequality and Public Policy in China
Buy on Amazon
Bestseller No. 10